If you’re a fan of pancakes or waffles, you’re surely a fan of maple syrup. But even the biggest fan of maple syrup might leave a jar of it stored in the pantry and forget about it for a couple of months. After that, the first question that comes to mind is: “can maple syrup go bad?”. Most people believe it will be fine forever, but the fact is, it can go bad. Fortunately enough, maple syrup going bad is an extremely rare occurrence and unless you let some contaminants into the jar of container with maple syrup, it will be fine for a long time. Let’s talk a little about storing, shelf life and how to tell if maple syrup is bad. Those are the most important pieces of information that every maple syrup lover should know.

Until you open the container/jar, maple syrup should be kept in a cool and dry place. Pantry seems to be the best option, so you won’t have to fit the jar or container into the fridge.

Once you open the syrup, it’s recommended to put it into the fridge, as it doesn’t have any preservatives. One thing to remember – if you’ve bought it in a tin container, it’s recommended to transfer the syrup into a glass jar or an airtight container before putting into the refrigerator. One more thing – always keep the container/jar tightly sealed when not in use, so any contaminants won’t be able to get into the syrup. 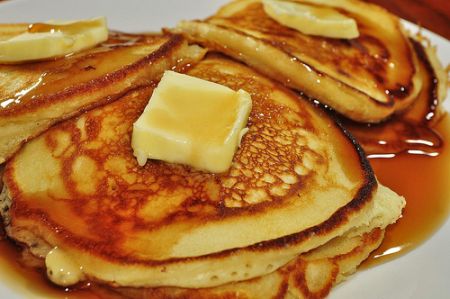 If you would like to store the syrup for an extended period of time, putting it into the freezer is the way to go. It won’t freeze, but the cold temperature will keep it safe from any microorganisms that might want to develop in the syrup.

It’s pretty difficult to determine the exact shelf life of maple syrup. Many people say it’s fine forever, while others state that after a little over a year after opening it should be discarded. Because of that, let’s talk about the things that are pretty certain. The thing people agree upon is that maple syrup won’t spoil or go bad when it’s stored properly, so unless you’ll store it without its cap, it will be edible after a year or even a few years. If it tastes fine after that 3 or 5 years is a whole other topic. The best thing you can do is to taste it – you’ll know right away if you want to use that glass of maple syrup that was stored in the cellar for 5 years or you would much rather discard it. It’s that simple.

How to tell if maple syrup has gone bad

If you’re unsure if that jar of maple syrup was stored properly over the years, you should check if it’s not spoiled. The first thing to look for is signs of spoilage like mold, etc. If you can’t find any, try smelling and then trying the syrup. If it smells fine and tastes well, it’s definitely fine.

Summary
As you can see, maple syrup can go bad, but it’s a very rare occurrence. In most cases if it’s stored properly, it will be edible even after a couple of years. The only thing that you can’t be sure of is its taste – it might not be as great after those 3 or 5 years of storing, but it’s definitely edible.